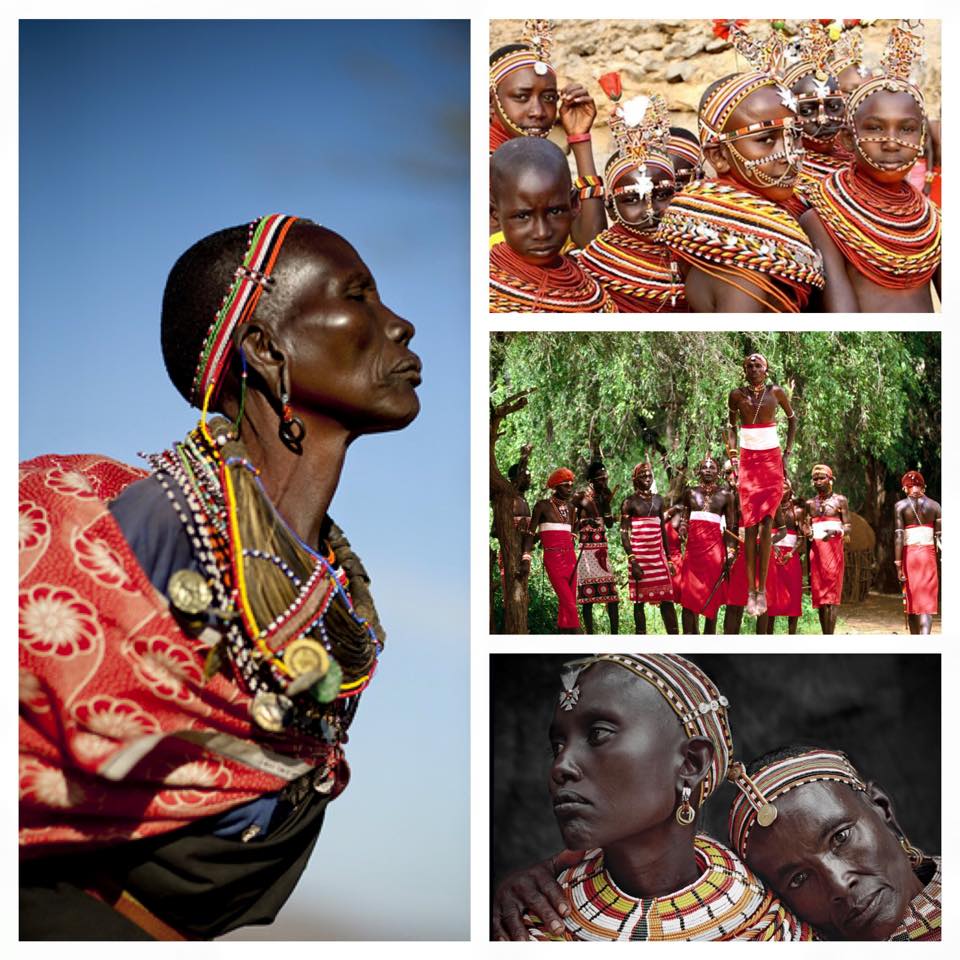 The Samburu are a Nilotic people of north-central Kenya that are related to but distinct from the Maasai. The Samburu are semi-nomadic pastoralists who herd mainly cattle but also keep sheep, goats and camels. The name they use for themselves is Lokop or Loikop, a term which may have a variety of meanings which Samburu themselves do not agree on. Many assert that it refers to them as “owners of the land” (“lo” refers to ownership, “nkop” is land) though others present a very different interpretation of the term. The Samburu speak Samburu, which is a Nilo-Saharan language. There are many game parks in the area, one of the most well known is Samburu National Reserve.

The Samburu are a gerontocracy. The power of elders is linked to the belief in their curse, underpinning their monopoly over arranging marriages and taking on further wives. This is at the expense of unmarried younger men, whose development up to the age of thirty is in a state of social suspension, prolonging their adolescent status. The paradox of Samburu gerontocracy is that popular attention focuses on the glamour and deviant activities of these footloose bachelors, which extend to a form of gang feuding between clans, widespread suspicions of covert adultery with the wives of older men, and theft of their stock.

The Samburu are part of the Maa speaking people as are the Maasai. About 95% of the words of both languages are the same. The name ‘Samburu’ is also of Maasai origin and is derived from the word ‘Samburr’ which is a leather bag used by the Samburu to carry a variety of things. It is unclear when Samburu became a distinct ethnic identity. As is common in many places around the world, ethnic identities became fixed and defined at the point of colonial contact. 19th century European travellers often referred to Samburu as “Burkineji” (people of the white goats), and there are many interconnections with other neighboring ethnic groups.

Samburu practice polygynous marriage, and a man may have multiple wives. A Samburu settlement is known as a nkang (Maa) or manyatta (Kiswahili). It may consist of only one family, composed of a man and his wife/wives. Each woman has her own house, which she builds with the help of other women out of local materials, such as sticks, mud and cow dung. Large ritual settlements, known as lorora may consist of 20 or more families. However, settlements tend towards housing two or three families, with perhaps 5-6 houses built in a rough circle with an open space in the centre. The circle of houses is surrounded by an acacia thorn bush fence and the center of the village has the animal pens away from predators.