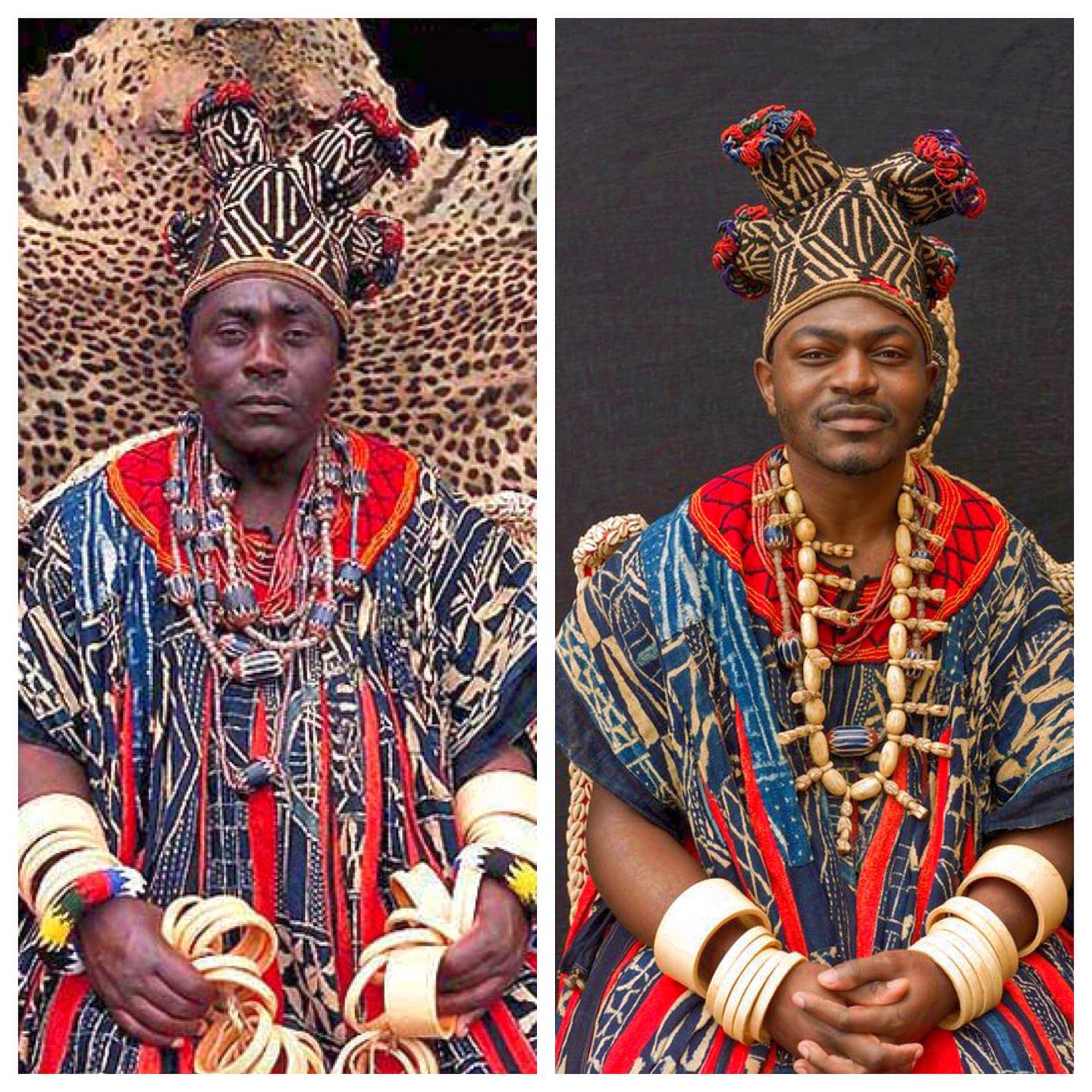 Kings Hapi of Bana, Cameroon! On the left is the father, King Hapi IV on the right is Hapi V, the son! In our culture when a King/Chief passes away we say that they have “traveled”. After his father traveled, the elders in the Bana community chose him as the successor to his father. When the decision was made to make him the new King, the elders went to his school when he was around 18 years old and “kidnapped” him and brought him back to his village so he would undergo extensive training needed for him to be the next King! After a month of training, he was presented to his community. In some communities, the transition is done after one full year. Becoming the King/Chief of a village is a heavy responsibility. When you are chosen by the elders, you cannot deny this responsibility. You become the leader of the people for life!!. Not only are you responsible for the village, you now become the husband to all the wives of the previous Kings! In some cases, there are dozens if not hundreds of wives!! This is done so that the former wives would never have to leave their homes. Their children will always be Princes/Princesses of the palace. It is truly a community that works together to raise the children. In Benin, if a King travels and he is from Abomey and Porto Novo, they would say that he traveled to Allada because the Ancestor to the King’s of Abomey and Porto Novo originated from Allada.

A Taste of Africa