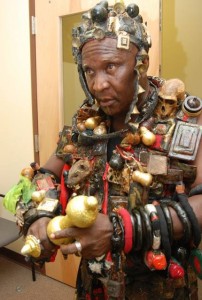 Homowo festival is celebrated the people of the Ga traditional area. The people of the Ga traditional area have a history of frequent migration around the continent of Africa. The Ga people are a part of the Ga-Dagbe group of Kwa people who inhabit the Greater Accra region of present day Ghana. The Kwa people of Africa comprise in the Ga-Dagbe, Fanti, Ewe, Kwahu, Akwapim, Ashanti and Akim. According to some myth, the Ga people moved from Nigeria. Others are of the view that they were part of Israel that journeyed south through Uganda, then along the Congo River, westward through Cameroon, Nigeria, Benin, Togo and finally to Greater Accra. What can be said without qualms is that the Ga people were not stable, but dynamic and engaged in the very common phenomenon of migration in Africa and that the Homowo festival had its origin in such migration. An additional story has it that the festival was adopted from the Jewish Passover. The second divide of belief attributed the unleavened com bread to that of Jewish unleavened flour bread as the ritual food, the red clay painted at the door posts and the way the people eat in hurry during the festival are linked to the traditions of the Jewish Passover feast.
History of Homowo Festival

Homowo Festival is celebrated to recall the trials and success of the people of the Ga traditional area over a huge famine which befell them during their journey from their ancestral homeland to inhabit their current settlement. During this difficult time they gathered up courage to farm the land, cultivated corn and called upon their ancestors through libation to bless the farms to yield in abundance. The rainfall that followed is believed to be an answer to their prayers. The Homowo festival is therefore a celebration of victory over the hunger they faced. During the celebration a special meal made of unfermented corn powder called kpokpoi and palmnut soup of fish. They hooted at and ridiculed at hunger as they ate the kpokpoi with the palm nut soup prepared from fish only (notably tsile and odaa), poured libation and offered some of the diet symbolically to the gods and ancestral spirits, Sisadzi. Homowo which is celebrated every year between the months of August and September to observe that day when hunger was defeated, hooted at, and ridiculed. Thus, the main objective of this festival is commemorate the success story of the Gas in fighting famine.

Nungua is normally the first community to commence the celebration of Homowo because the Nungua people are supposed to be the first of the Ga people to land in Ghana followed by the people of Gamashi. Of all the communities, Teshi is the very last to celebrate being the youngest of the Ga towns which broke away from La and was established in 1710.

The groundwork for the festival start with the cultivation of crops ahead of the rainy season that sets of in May each year. The is then followed by a series of rituals to mark the festival season.

The first ritual called gbemlilaa (locking the way) is performed in the month of June and bans drumming and music to enable people concentrate on their farms this is then followed by another ritual called nshobulemo to calm the sea gods for a bumper harvest. The final ritual okomfemaa prohibits fishing in the lagoons until the Homowo festival is over.

When the date for the Homowo festival of a traditional area is near, the people of that traditional area are expected to go back to their homes in the particular capital towns. Thursday marks the arrival of people and is called Soobii (Thursday people). Most people arrive with their harvested maize and palm nuts; amidst jubilation, singing and. Friday is then devoted to remember those who passed on in the course of the year.

In the morning hours of Tuesday, the revered day of the sea when activities at sea (fishing, swimming) is forbidden, kpokpoi (now Kpekple) and palm nut soup are cooked for the feasting.

The Mantse of the traditional area, clan heads, family heads and head of families pour libation to Maawu, Sisadzi, DzemaWodzi, and Wodzi and sprinkle white kpokpoi mixed with palm soup to the DzemaWodzi, Wodzi and Sisadzi to thank them and invoke their blessings over the feasting period.

The next day, Wednesday, is the day of ngoowala when the youth visit the elderly to wish them long life whiles the aged reciprocates that with gifts of all sorts. There are some differences in the celebrations in the capital towns after the kpokpoi feast. At Teshi, Tema and Labadi, for example, the feast is followed by the Kpashimo dance and parade. At Nungua, it is followed by Obene dance during the night and Kpele dance in the day. The most renouned celebration after the kpokpoi feast is the Kpashimo of Teshi which draws the attention of foreigners. It begins on Sunday after the feast and ends on the next week Saturday with Sesebumo.

People from other traditional areas of the Ga State, foreigners, and other Ghanaians domiciled in the Ga State come to Teshi to watch the last celebration of the Homowo season, Sesebumo.

The Kpashimo of Teshi begins on Sunday with sesefaa (the carrying of a dish sacred leaves) and ends on Saturday with Sesebumo (the overturning of the dish and its contents) to purify the people, make their wishes come true, and bless them. During sesefaa, the kpa groups from the seven quarters of Teshi are led first to the palace of the Mantse. The Mantse pours libation and provides some money as a customary gift of appreciation. The kpa groups proceed to the palaces of the divisional chiefs, heads of clans, heads of families, asafoiatsemei, asafoianyemei and Wulomei of the town by turn that also pour libation and provide gifts of appreciation. This opens the way for kpashimo. Kpashimo is of two types. The more gentle type is in the form of traditional songs and dancing and it is called Amlakui-Akpa meaning the Kpa dance of the nobility. After sesefaa, the kpa groups break into their separate groups ad begin to expose the wrongdoings of the nobility beginning with those of the Mantse. The wrongdoings of the head of State of Ghana and his Ministers may also be exposed.

This goes on from Sunday to Friday while the sese carrying group continues to engage in Amlakui-Akpa and people desiring special blessing shower the sese with gifts of money. Paper notes are handed over to the sese group leader while coins are put into the sese. The sese group parades through the streets of the town once each day.

Saturday is the day of Sesebumo to bring an end to Kpashimo and the Homowo festival as a whole where all attention is focused on the sese group. In the morning, the sese group goes to the Mantse, and elders as it did on Sunday to greet them. They pour libation to invoke blessings from Ataa-Naa Nyonmo (the same as Ofe or Maawu), DzemaWodzi, Wodzi and ancestral spirits. This overturning of the sese marks the end of the Homowo of the Ga people and the lifting of the ban on drumming. Culturally, the festival helps to reunite the Ga communities and also solve disputes among members. It is a time to teach the youth to renounce illicit behavior and conform to accepted norms of their communities.