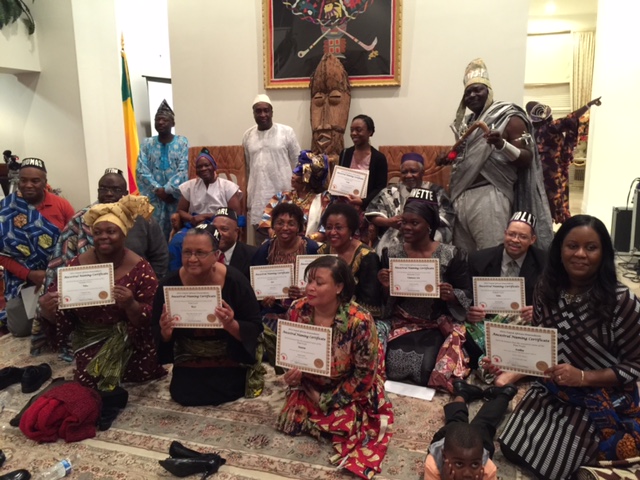 On December 12, 2015, African Americans from as far away as Chicago, Texas, Virginia and New York attended a reception at the residence of the Ambassador of Benin in Washington, DC.

His Excellency, Ambassador Omar Arouna with the support of Ada Anagho Brown, President of Roots to Glory Tours welcomed the Americans. Also in attendance was a strong representation of the Beninese community which included elders and traditional leaders.

Hundreds of years ago, Benin was considered one of the major slave trading ports in West Africa. Millions of Africans left the shores of Benin headed to the Americas. Their journey would end on the continent at the “Tree of no Return”.  The Tree of no Return is a tree which was used by the African jailers to put the other Africans leaving the continent in a trance. In the traditional practices of Benin, it is said that for a person to be reborn, they need to be put in a trance to allow them to accept their lives on the other side. During slavery, the men would circle the tree 9 times, the women would circle the tree 7 time. They would then travel to the beach in the dead of night to board the ships at the “Door of no Return”.

Years later, their descendants would go through the arduous process of retracing the steps of their ancestors in hopes of discovering their country of origin. That journey is challenging as records for enslaved Africans are not readily available. With the introduction of DNA testing, it is now possible to trace one’s ancestry to not only the country of origin but to the ethnic group. The attendees of this event all traced their DNA to Benin.

During this reception, Ambassador Arouna presented the history of Benin and gave an overview of the countries’ political and social climate.

The Beninese community lead by the elders performed a traditional naming ceremony which included a sacred initiation. The origins of some of the names given are from the Fon, Yoruba, Haousa, Mina, Fulani and Bariba ethnic groups of Benin.

In the end, His Excellency Ambassador Arouna welcomed the group to their ancestral home, and encouraged them to make the journey to Benin in September 2016 with Roots to Glory Tours.

Roots to Glory Tours will be traveling to Benin/Togo on September 12, 2016 until September 25, 2016 to register please do so here.

Our journey will begin in Washington DC 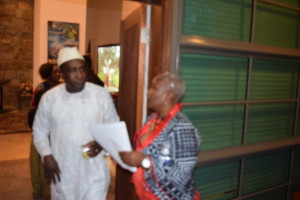 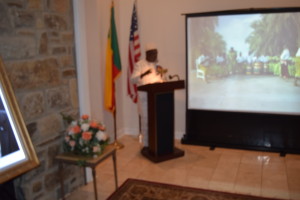 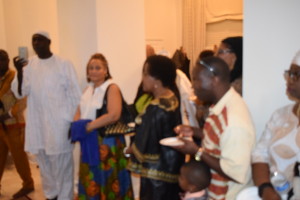 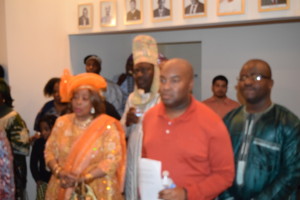 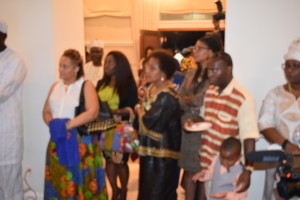 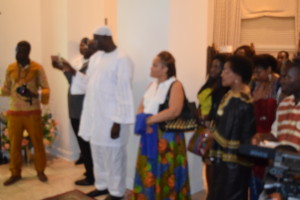