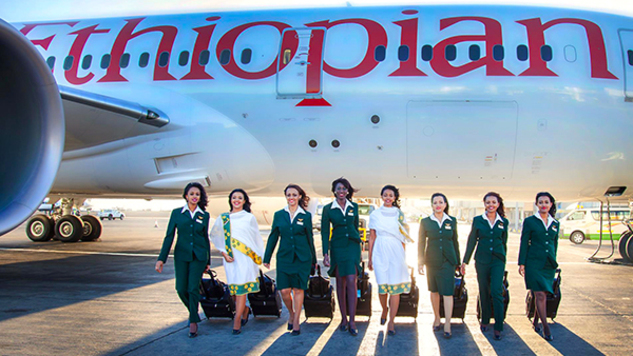 Before I begin, I should tell you that I travel to Africa, a lot! My travels have taken me to Benin, Cameroon, Ghana and Togo, to name a few. During these travels, I have always used the European and American carriers such as United, SN Brussels and Air France. Why? Because I was in my comfort zone. It’s funny that I use the words “comfort zone” because it was anything but comfortable. Traveling to Europe with long layovers in Brussels or France and then waiting for the connecting flight to Africa. Ugh! It was tedious, long, expensive and at times degrading! Degrading because bag carrying rules would and could be changed because of who you are or who the employees thought you to be. Degrading because you knew that the very person who was there to serve you was looking down on you and treating you as “less than.”

In the spring of 2016, frustrated, I made a conscious decision that I would make an effort to support African businesses, so I booked a flight with Ethiopian Airlines. And maybe, just maybe I could do better and leave the common and much traveled path for something different. I chose Ethiopian Airlines because they were one of the few airlines that was prospering and everyone I talked to seemed to love them. What a wonderful choice it was! I had no idea that I was getting ready to embark on my most emotional journey ever to the great Continent. Africa!

Why, you ask, was it so emotional? For starters, I know that for years, African nations have struggled to have viable airlines who could seriously compete with the “Big Boys” without outside interference. It was emotional because not one time did I feel like I was inferior to the ticketing agent who helped me check in or the flight attendants who were there to “serve.” On Ethiopian Airlines, I was treated with dignity and respect that more often than not, seemed to allude me many times with the aforementioned carriers. It was emotional because I felt an even greater pride to be African. This airline proves that we have what it takes to run a major airline. Experiencing what I did, first hand, made me burst with pride and want to shout for JOY!!! The flight attendants, pilots and ticketing agents were respectful, accommodating, courteous and professional and the blessing was that they all looked like ME!!! ME!!!

We, as Africans, have come so far from the days of the Trans-Atlantic Slavery and the little things matter to us. Yet, what this airline is doing is hardly considered a “little” thing. Upon landing in Ethiopia, and to this day, I struggle to find the words to describe the feelings I had. But what I witnessed, in a state of awe, was a sea of beautiful Africans from different countries making their way to their destinations. I did everything in my power not to pump my fist in the air and shout, YES!!! I am certain they would have thought me to be crazy and may have anyway because of the gargantuan smile plastered on my face. I swear that grin stayed with me even a week later. Ha!

The airport was crowded, the lines were long, there was construction going on and I loved every second of my experience there. Here I was at a bustling, growing and very much lively airport, in Ethiopia! Here I stood, filled with these overwhelming emotions. Why? Because it was Africa for Africans! The success of Ethiopian Airline is the success of Africans.

And just to add a little icing to the proverbial cake, Ethiopian Airlines is now a serious competitor with the big guys and is quickly turning into the leading airline to Africa. They have expanded their fleet, purchased additional planes including several AirBus A350’s. They fly not only to Africa from Europe and America, but to Asia as well. EA has recently started service to Lome, Togo with direct flights from New York. Ethiopian Airlines recently celebrated its 70th anniversary in April 2016. Go Ethiopian Airlines! What an amazing experience for me and my children, to see the power of the “African Spirit” at work.

If you travel with Roots to Glory Tours, know that more than likely, you will also have the opportunity to experience an Ethiopian Airlines flight first hand. And you too, will witness the power, prestige, pride and professionalism of our people. Won’t you join me?