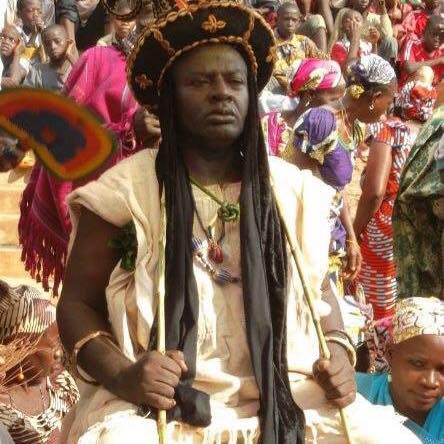 We had such an incredible welcome from the King of Bankim, Cameroon.

The Tikar are very proud people. Their history dates back to the early 900’s. Their story is that of a young princess from the kingdom of Ankara (which is also located near Ngoundere Cameroon) who was chased away from a meeting of her brothers when her father who was the King passed away. In her frustration, the young princess decided to leave the Kingdom. Because she was such a popular Princess, her people followed her into her self imposed exhile as they did not want her to travel away alone. It is said that most of the population followed her.

They set up their village not far from their kingdom. This newly established village soon began having problems with their neighbor. They heard about these great warriors called the Tikar and thought to contact them for help them deal with their neighbor.

The Tikars agreed to help the young village but wanted something in return for their trouble. The Princess agreed that if the Tikar would help them defeat their neighbor, they the Tikar could rule the village. So, the Tikar helped this young village defeat their neighbor and the village was absorbed into the Tikar kingdom. The Tikar Kingdom became crowded in addition there was shortage of water. So many people left the Kingdom to look for means to support their families. That is how the Tikar spread all over Cameroon! Places like Foumban, Baffousam, Bafia, Banso. 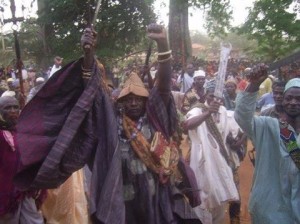 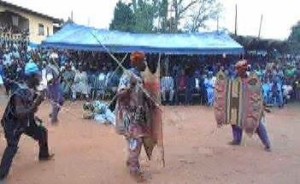 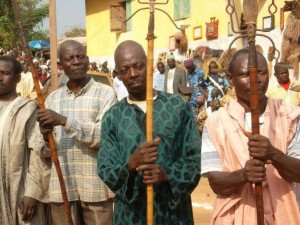 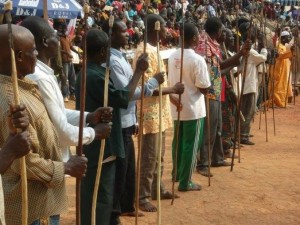 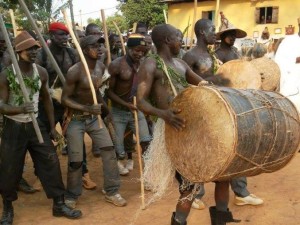