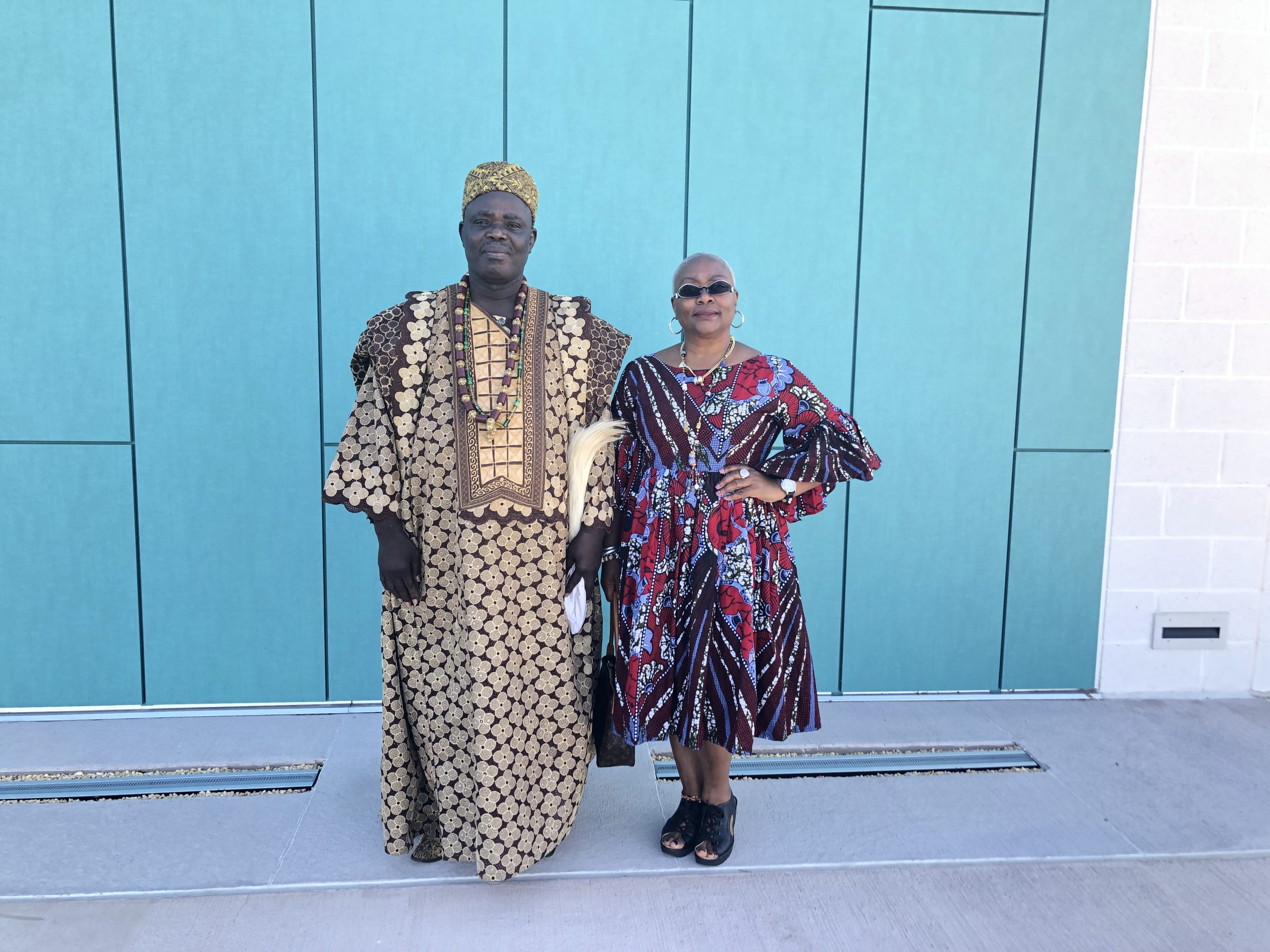 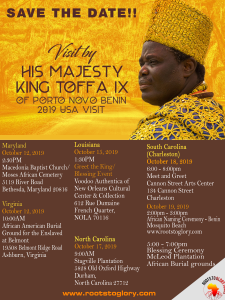 King Toffa IX from the former Kingdom of Porto Novo, Benin visited the United States in October 2019. It was his first visit to the Washington DC, Virginia and Maryland area. The purpose of his visit was that of forgiveness and conciliation. Forgiveness for the role his ancestors played in the slave trade. Conciliation for where we go from here as a people. It was important for him to visit cemeteries where enslaved Africans were buried as he specifically asked them for forgiveness. His Majesty is the keeper of the throne of the former Kingdom of Porto Novo and therefore carries the responsibilities of the actions of his Ancestors!! Some of the highlights of his tour was visiting a plantation for the first time. His Majesty visited Whitney Plantation in Louisanna, Stagville Plantation in North Carolina, and McCleod Plantation in Charleston, South Carolina.

The most memorable experience for him was when he was able to meet those people whom he met on his journey. Apart from the plantation visits, his visit to the Penn Center on St Helena’s Island will forever be a special one. At the Penn Center, he visited the home that Dr. Martin Luther King Jr. used when he visited the island. His Majesty felt a sense of peace on the Island and commented that he could understand why Dr. King chose that very special place as a refuge.